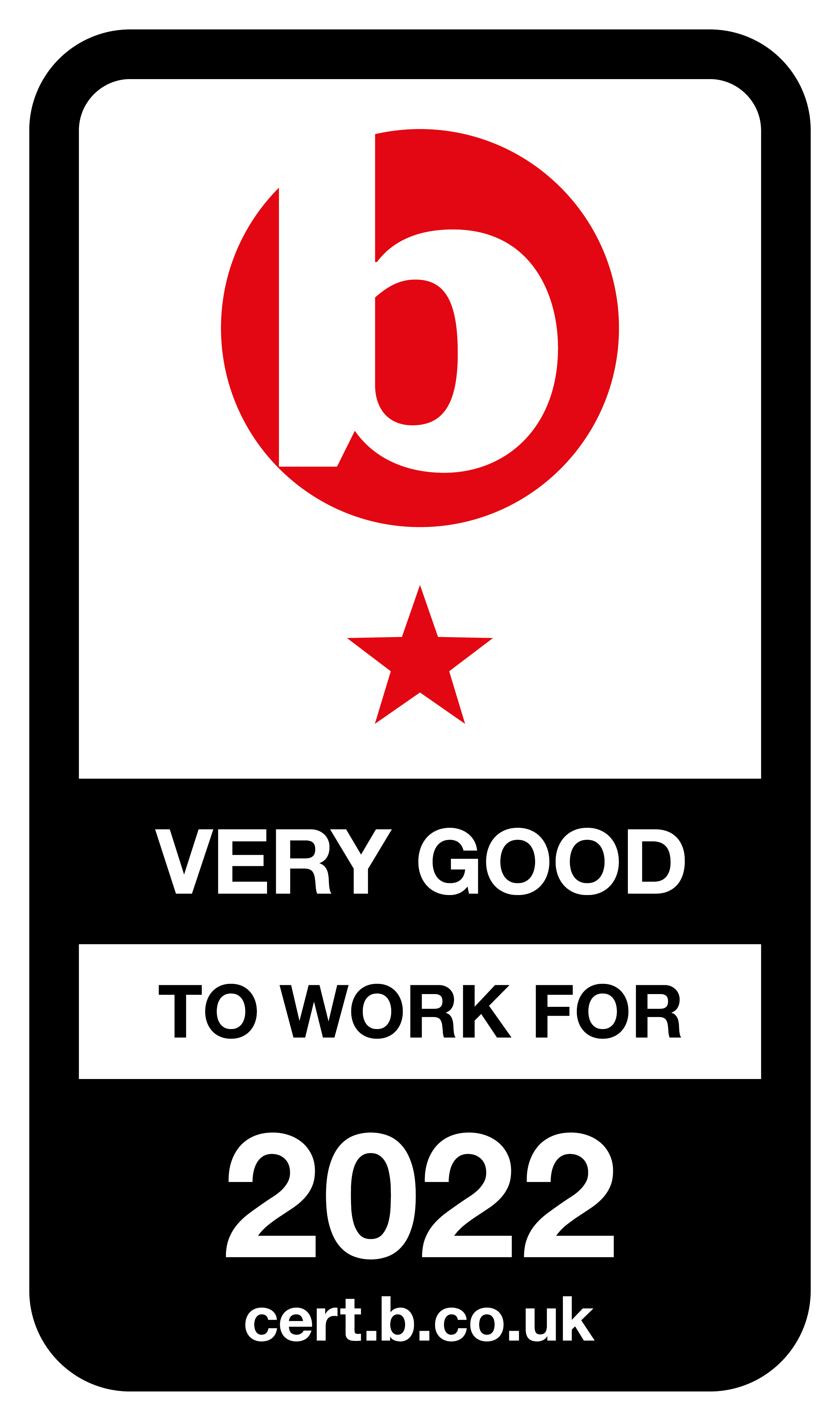 ‍Mears Group, one of the UK’s leading housing solutions providers to both the public and private sector., has been officially named as one of the UK’s Best Companies to Work For in 2022.

The organisation which employs more than 5,500 staff, has been recognised as for its commitment to workplace excellence with a place on the coveted league table of the Best Big Companies to Work For in Q2 of 2022 – together with the accolade of coming first as Best Company in Northern Ireland.

The official League Table was unveiled during a live event broadcast from Media City in Salford, Manchester, on Friday 20th May.

‘Best Companies Live’ revealed which organisations had achieved an employee engagement score high enough to gain a place on the national, regional, and sector-based League Tables of the Best Companies to Work For in the UK.

Best Companies™, which has been helping organisations measure and improve employee engagement for over 20 years, powers the results of the League Tables using a unique and robust methodology.

A position on the League Tables is an accolade that demonstrates an organisation’s commitment to its employees and demonstrates that workplace engagement is considered a vital part of its success.

Alan Long, Mears’ Executive Director, said, “I’m delighted that Mears has once again been recognised as one of the Best Companies to work for in the UK.

In 2022, we rolled out our socially responsible strategy as part of a package of support to our employees to develop their careers and stay with Mears. I believe this accolade offers recognition of the fair workplace policies we have put in place and our commitment to creating a great place to work both now and in the future.

Best Companies CEO Jonathan Austin, said, “Congratulations to Mears Group. Earning a place on a League Table as one of the UK’s Best Companies to Work For is an accolade like no other. It recognises your commitment to your employees and demonstrates that you see workplace engagement as a vital part of your organisation’s success - well done indeed.”