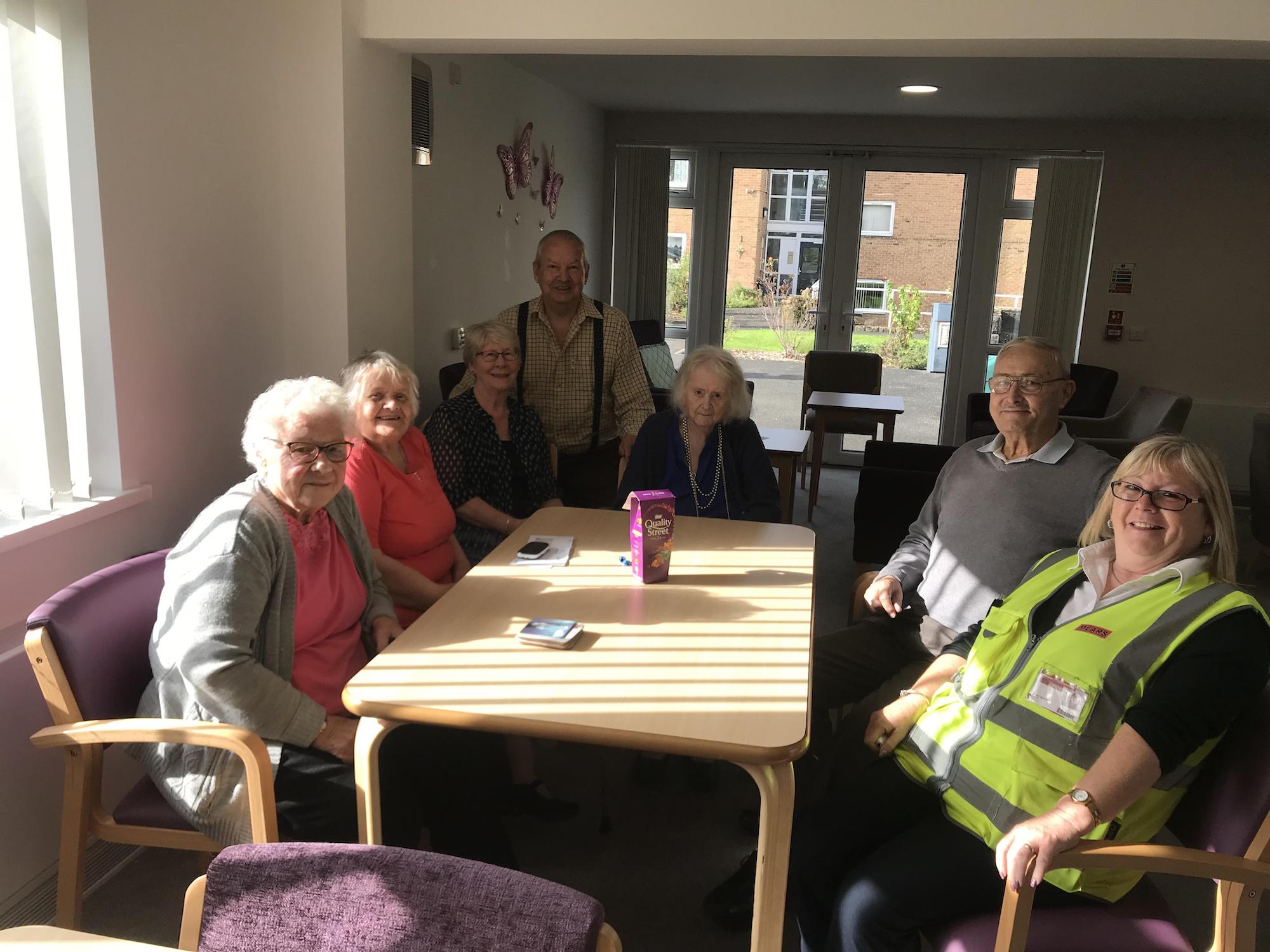 Union Court in Otley, one of several sheltered housing schemes run by Leeds City Council scheme has been given a new lease of life.

The scheme has been given a new lease of life following a complete overhaul of the individual flats and communal spaces delivered in just over a year.

Mears Group, one of UK’s largest housing and care providers were awarded the refurbishment contract, having carried out similar works at other Leeds City Council sheltered housing complexes

Originally built in the 1970s, the complex needed modernisation, which would allow residents to live there with dignity, as well as increasing the sustainability of the property.

The complex had 16 flats and 24 bedsits with shared bathing facilities over 3 stories, and only 12 of the bedsits were occupied. There was no lift access to the upper floors and fire safety precaution and electrical works were also needed.

Although built to house people over 55 years old, most of the residents were over pension age, with many over 90 years old.

Mears’ Customer Care Officer (CCO), Sue Hepworth, was on hand both before and during the works to reassure residents and their families and make sure they were updated with everything that was going on while the works took place.

Sue explains: “We won the contract based in part on our reputation for customer care and delivery of previous work for on other sheltered properties for the local council.

“What was required at Union Court was extensive, so it was really important that we worked closely with both the Council and the 21 residents and their families to make sure everyone was supported through any moves and choices that they had to make.”

“The work involved knocking through existing bedsits to create four two-bedroomed flats and 12 one-bedroomed flats, which were then fully rewired and given heating upgrades, before being given new kitchens and bathrooms that residents chose and decorated to their requirements.

“Communal areas were reconfigured to include a scooter store, fire doors were fitted and the roof and external walls were repaired. and we fitted fire doors and repaired. Outside the complex, we created a new patio area, improved disabled parking and created an ambulance bay.

“As part of the consultation process, residents were given various choices for their kitchens, wet rooms and decoration, making them feel more at home.

“Most of the residents were over 90 years old. We needed to make it as easy as possible for them and their families with as little disruption as possible,” said Sue.

“We kept them updated at every step of the way, helped them with moves to alternative facilities of their choice, transferred their utilities and just generally checked in regularly to make sure they were okay and had everything that they needed.

“At the end of the works, whilst some chose to stay permanently in their temporary homes, sixteen residents moved back in. They were all delighted with the results. One told me it was like a five-star hotel!

One of the residents said:

We are so pleased with the work Mears has done, we will miss having the team on site, there was always someone to talk to and address our concerns. They even put ‘Swift boxes’ up for us when we asked.

“The refurbishment works have improved both the whole building and the individual flats significantly, and the communal facilities are encouraging better social interaction to promote wellbeing and independence for the tenants. Union Court has been here for over 40 years, and the works that have been done will ensure it's here and being used for at least another 40, making sure that older people feel less isolated and can stay in their local community alongside their families and friends.”

Sue added: “The overall feedback from the residents and Sheltered Housing Officers based there is really positive. The new communal facilities allow for more social activities, so hopefully, residents feel less isolated and are enjoying new social lives.

“Even though the main works are now done, it still brings me joy when I get the opportunity to come and see them - not just to talk about any concerns but just to make sure they are all doing well.”

We provide care and support services to 21 extra care schemes across the country and have 10 years’ experience of providing services in these types of settings.

We are trusted to deliver in excess of 6,000 repairs daily to a portfolio of more than 1,000,000 homes nationwide.